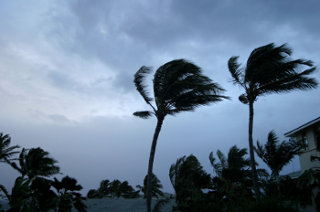 According to the United States Department of Energy (DOE), wind energy is the most rapidly advancing source of energy worldwide... LET'S EXPLORE...

Wind is created by the sun's uneven heating of the earth's surface.

The movement of air from an area of high to low pressure is what we refer to as wind.

Wind exists because the sun heats the surface of the earth unevenly. Cooler air fills the void left by hot air as it rises.

It’s a clean source of power that does not contaminate the environment. Wind energy is also one of the cheapest sources of renewable energy. Below are some interesting wind energy facts.

Wind energy was used by the Egyptians more than 5000 years ago for sailing ships on the River Nile.

Between 500 to 900 A.D. windmills were developed in Persia, they were used for the automation of grinding grain and pumping water.

In 1888 Charles Brush first used a windmill in America to produce electricity in Cleveland Ohio.

In the 1930's the Dutch revolutionized the windmill by enhancing the design of the blades, and affixing them onto multi level towers.

These windmills were designed especially for the process of grains and to provide accommodation for the families of the millers.

There are three major types of wind power; mechanical power, electrical power, and sail power. Each one of them generates power by using an airfoil.

Airfoils are surfaces that create an aerodynamic force - causing a boat to move or rotor blades to turn.

You can call a sail a simple airfoil; wind blown against the sail creates a curved area of high pressure, pushing the boat in a forwards direction.

A windmill is made up of several airfoils in the shape of a fan; the wind drives them around in a circle, which rotates the shaft.

The power of this rotation is what mechanical windmills use to do things such as turn a large stone for grinding grain into flour.

An electrical wind turbine follows the same concept, but instead turns a generator. Inside the generator, a coil is moved in and out of a magnetic field by the rotation, which is what generates an electric current.

There is significant variation in wind turbine size depending on purpose. Smaller turbines are generally used to power a single household and have a capacity under 100 kilowatts - most commonly around 2 kilowatts.

Commercially sized turbines have a capacity of up to 5 million watts. In order to convert wind energy into electricity an average wind speed of 14 mph is required.

There are concerns about generating electricity with wind energy; these include the negative impact on the populations of birds and bats, and their visual effect on the sea and land, particularly in tourist locations.

Since wind speeds are intermittent, sometimes blowing fast sometimes not at all, it is not likely that wind energy will be capable of meeting all energy requirements as a primary source.

Furthermore, a number of factors are required for a suitable location for wind power-generation. Not all locations are suitable.

However, according to an estimate by the DOE, it is possible that by 2030 wind power could produce 20 percent of the electricity in the United States.

The future of energy-production mentality is expected to change dramatically from the current state of 24/7 capabilities of conventional fuels to one where different energy sources are utilized in different circumstances and at different times.

Wind and solar energy would be used when the sun is shining and the wind is blowing, and other alternatives or conventional generation are used at other times - much like an energy production jigsaw puzzle.

One of the most interesting wind energy facts is that Hawaii houses the largest wind turbine in the world. It has rotors that are the entire length of a football field. The turbine stands at 20 storeys high.

There is no limit for the available options to sustain ourselves through the use of green powered technology. Wind, solar, geothermal, and hydroelectric technology are giving us an interesting alternative to relying on natural gas and crude oil.

Since 1980, there has been significant growth in the output of global wind power by 10 percent or more every year apart from two. There does not appear to be any signs that the growth is going to slow down.

In 2007, there was enough wind power to provide power to approximately 70 million homes. In Denmark, over 19 percent of electric power comes from wind generators.

However the rest of the world is yet to catch up; for example, in the United States less than 1 percent of total electric power was provided by wind.

A major obstacle in the development of renewable energy projects is their high initial investment cost.

The introduction of governmental subsidies and tax cuts as well as policies such as Feed in Tariffs and Green Energy Certificates have enabled wind energy development companies to meet the financial requirements for wind power-generation.

Banks have also been influential in the take up of wind power, providing large long-term loans for the development of wind farms [4][5].

The most important aspect of wind farm development is the availability and nature of the resource.

Without a clear picture of how much power you can get out of the wind, no project is feasible. There have been major advancements in both the methodology and equipment used for wind resource assessment in order to reduce or mitigate risk on investment [6].

The incorporation of computational fluid dynamics and mesoscale numerical weather prediction (NWP) [6] [12] models enables wind analysts to simulate the wind characteristics over the previous 10 to 40 years which help wind farm developers to predict the wind resource over the lifespan of their project.

This assists with project planning and investment risk as wind farm output calculations will be more accurate and reliable.

In Europe and parts of the USA, the public acceptance of wind farms has been a major hurdle in the development of wind energy [7].

A lot of social opposition has come up with people not wanting to have them close to the urban, residential and recreational areas pushing campaigns like NIMBY (Not-In-My-Back-Yard) [8].

As a result and through a lot of research work, 49 offshore wind farms are now operational in Europe alone.

The current offshore installed wind power capacity in Europe is 3,294 MW and another 5,603 MW are under construction.

Although offshore wind farm development is a lot more expensive than onshore, offshore allows developers to capitalize on uninterrupted wind regimes and the lack of public opposition.

[5] Panchabuta-Renewable Energy & Cleantech in India – World Bank and International Finance Corporation (IFC), will double loans given to renewable energy projects to $2 Billion in The Next Three Years (Feb 2011): http://panchabuta.com/2011/02/16/world-bank-and-international-finance-corporation-ifc-will-double-loans-given-to-renewable-energy-projects-to-2-billion-in-the-next-three-years-in-india/