The Environmental Impacts of Wind Energy 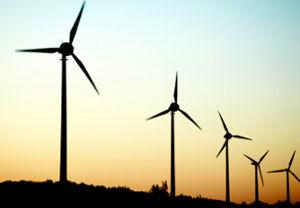 There are many benefits of wind energy, but also problems. We'll explore these below.

The wildlife most likely to be adversely affected by wind farms are birds and bats, who are susceptible to things such as disturbance, habitat loss and collisions.

There have been a number of high profile wind farms that have been delayed and/or cancelled due to environmental concerns, including:

According to the Royal Society for the Protection of Birds, “if wind farms are located away from major migration routes and important feeding, breeding, and roosting areas of at-risk bird species, it is likely that they will have minimal impacts” [3].

In order to minimize these risks it is essential that a thorough study of the area, including an environmental impact assessment, is conducted before planning the building of wind farms.

The most common complaint is that wind farms are an eye-sore, and a blight on the natural landscape and scenery.

Residents living near wind farms also have both psychological and physiological complaints.

Some complain of not being able to sleep due to turbine noise, and psychological issues due to the low decibel sound and vibration that the turbines produce.

In order to alleviate some of these issues the best plan should be to educate the residents about the impact of the wind farm.

When undertaking the development of a wind farm, planners should also take into consideration the number of residents in the area, and should consider finding areas that are less densely populated to construct wind farms.

In addition, new technological developments, and methods to reduce wildlife mortality should be prioritized, to make this clean, green energy source that much greener.

The United State department of energy reports, “According to the American Wind Energy Association, employment in the wind industry’s manufacturing sector has increased from 2,500 jobs in 2004 to 20,000 in 2010, with an estimated additional 14,000 manufacturing jobs planned.”[1]

One of the most important factors in using wind energy is that it does not have the negative environmental impact that fossil fuels do. Wind energy, unlike fossil fuels, does not produce greenhouse gases, the discharge of particles and other pollutants into the atmosphere, or cause liquid or solid wastes to be discharged into water and/or soil [2].

Between the savings on energy costs for consumers that can be realized by the use of wind energy, and the increased number of employed individuals, the benefit to economies are substantial.

[3] Royal Society for the Protection of Birds. Wind Farms

9 comments on “The Environmental Impacts of Wind Energy”