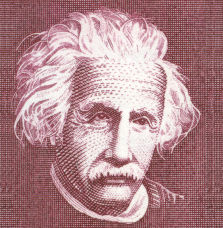 From Einstein to space shuttles, to modern breakthroughs... the history of solar is an interesting one.

Below we'll walk through a brief history of solar energy as it has developed throughout the years, starting back in 1767!

If you want to know more about solar, check out these articles:

In 1839 a major milestone in the evolution of solar energy happened with the defining of the photovoltaic effect. A French scientist by the name Edmond Becquerel discovered this using two electrodes placed in an electrolyte. After exposing it to the light, electricity increased.

In 1873, Willoughby Smith discovered photoconductivity of a material known as selenium. The discovery was to be further extended in 1876 when the same man discovered that selenium produces solar energy. Attempts were made to construct solar cells using selenium. The cell did not work out well but an important lesson was learned - that solid could convert light into electricity without heat or moving parts. The discovery laid a strong base for future developments in the history of solar power.

During this time several inventions were made that contributed to the evolution of solar energy use. First in 1893 the first solar cell was introduced. The cell was to be wrapped with selenium wafers. Later in 1887 there was the discovery of the ultraviolet ray capacity to cause a spark jump between two electrodes. This was done by Heinrich Hertz. Later, in 1891 the first solar heater was created.

In 1908 William J. Baileys invented a copper collector which was constructed using copper coils and boxes. The copper collector was an improvement of the earlier done collector but the only difference was the use of copper insulation. The improvements of the invention are being used to manufacture today's equipments.

1947, Solar Becomes Popular in the US

Following the Second World War, solar power equipment started being popular among many people in the USA. There was a huge demand of solar energy equipment.

Solar power was used to power space exploration equipment such as satellites and space stations. This was the first commercial use of solar energy.

During the period between 1959 and 1970 there was major discussion about the efficiency of solar cells and reduction of costs. Up to that time the efficiency of the solar cells was only 14% and was not comparable to the high cost of producing cells. However in the 1970's, Exxon Corporation designed an efficient solar panel which was less costly to manufacture. This was a major milestone in the history of solar energy.

In 1977 the US government embraced the use of solar energy by launching the Solar Energy Research Institute. Other governments across the world soon followed.

In 1981, Paul Macready produced the first solar powered aircraft. The aircraft used more than 1600 cells, placed on its wings. The aircraft flew from France to England.

In the year 1982 there was the development of the first solar powered cars in Australia.

Evolution of large scale solar energy plants with advancement being made in each phase. By the year 1999 the largest plant was developed producing more than 20 kilowatts.

The most efficient solar cell was developed, with a photovoltaic efficiency of 36 percent.

Due to the global financial crisis in the year 2008, the Spanish government reduced subsidies on ongoing solar power production in the country. This had a negative effect on the industry across the world.

Two leading solar companies failed. This was due to lack of market for their high technology produced products

The past few years have seen enormous investment in utility-scale solar plants, with records for the largest frequently being broken. As of 2012, the history's largest solar energy plant is the Golmud Solar Park in China, with an installed capacity of 200 megawatts. This is arguably surpassed by India's Gujarat Solar Park, a collection of solar farms scattered around the Gujarat region, boasting a combined installed capacity of 605 megawatts.

62 comments on “History of Solar Energy”