Advantages and Disadvantages of Solar Energy 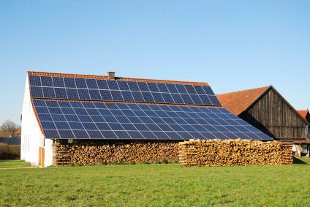 The last 20 years have seen massive developments for solar.

The first and foremost advantage of solar energy is that, beyond panel production, solar does not emit green house gases.

Solar energy is produced by conducting the sun’s radiation – a process void of any smoke, gas, or other chemical by-product.

This is the main driving force behind all green energy technology, as nations attempt to curb emissions.

Life expectancy ranges between manufacturers, but many panels produced today carry a 25-30 year warranty - with a life expectancy of up to 40 years.

Oil, coal, and gas used to produce conventional electricity is often transported cross-country or internationally. This transportation has a myriad of additional costs, including monetary costs, pollution costs of transport, and roading wear and tear costs, all of which is avoided with solar.

Of course, decentralization has its limits as some locations get more sunlight than others.

4. Going off the grid with solar

Solar energy can be produced on or off the grid.

On grid means a house remains connected to the state electricity grid. Off grid has no connection to the electricity grid, so the house, business or whatever being powered is relying solely on solar or solar-hybrid.

The ability to produce electricity off the grid is a major advantage of solar energy for people who live in isolated and rural areas. Power prices and the cost of installing power lines are often exorbitantly high in these places and many have frequent power-cuts.

Many city-dwellers are also choosing to go off the grid with their alternate energy as part of a self-reliant lifestyle.

A particularly relevant and advantageous feature of solar energy production is that it creates jobs.

The EIAA states that Europe’s solar industry has created 100,000 jobs so far.

The book Natural Capitalism offers a good perspective on the employment potential of green design and a prudent approach to using resources.

The book proposes that while green technology and associated employment can be expensive, much greater money can be saved when combined with proven "whole-system" efficiency strategies (e.g passive lighting and airflow).

With solar energy currently contributing only an estimated 4% of the world’s electricity, and an economic-model where raw materials don’t have to be indefinitely purchased and transported, it’s reasonable so assume solar jobs are sustainable if the solar industry can survive the recession.

One of the biggest advantages of solar energy is the ability to avoid the politics and price volatility that is increasingly characterizing fossil fuel markets.

The sun is an unlimited commodity that can be sourced from many locations, meaning solar is less vulnerable to the price manipulations and politics that have more than doubled the price of many fossil fuels in the past decade.

While the price of fossil fuels have increased, the per watt price of solar energy production has more than halved in the past decade – and is set to become even cheaper in the near future as better technology and economies of scale take effect.

Furthermore, the ever-abundant nature of the sun’s energy would hint at a democratic and competitive energy market – where wars aren’t fought over oil fields and high-demand raw materials aren’t controlled by monopolies.

Of course, a new form of politics has emerged with regard to government incentives and the adoption of solar, however these politics are arguably minor compared to the fossil fuel status quo.

Because solar doesn’t rely on constantly mining raw materials, it doesn’t result in the destruction of forests and eco-systems that occurs with many fossil fuel operations.

Destruction can come in many forms, from destruction through accepted extraction methods, to more irresponsible practices in vulnerable areas, to accidents.

Major examples include Canada’s tar sands mining which involves the systematic destruction of the Boreal Forest (which accounts for 25% of the world’s intact forest land), and creates large toxic by-product ponds [1].

The Niger Delta is an example where excessive and irresponsible oil extraction practices have poisoned fishing deltas previously used by villagers as the main source of food and employment, creating extremely desperate poverty and essentially decimating villages [2].

A more widely known, but arguably lower human-cost incident is the 2010 BP oil spill in the Gulf of Mexico. It killed 11 people and spilled 780 thousand cubic meters of crude oil into the sea.

Solar technology is currently improving in leaps and bounds. Across the world, and particularly in Europe, savvy clean technology researchers are making enormous developments in solar technology.

What was expensive, bulky, and inefficient yesterday, is becoming cheaper, more accessible, and vastly more efficient each week.

The biggest disadvantage of solar energy is that it's not constant. To produce solar electricity there must be sunlight. So energy must be stored or sourced elsewhere at night.

Beyond daily fluctuations, solar production decreases over winter months when there are less sunlight hours and sun radiation is less intense.

A very common criticism is that solar energy production is relatively inefficient.

Currently, widespread solar panel efficiency – how much of the sun’s energy a solar panel can convert into electrical energy – is at around 22%. This means that a fairly vast amount of surface area is required to produce adequate electricity.

For the moment though, low efficiency is a relevant disadvantage of solar.

Solar inefficiency is an interesting argument, as efficiency is relative. One could ask “inefficient compared to what?” And “What determines efficiency?” Solar panels currently only have a radiation efficiency of up to 22%, however they don't create the carbon by-product that coal produces and doesn’t require constant extraction, refinement, and transportation - all of which surely carry weight on efficiency scales.

Solar electricity storage technology has not reached its potential yet.

While there are many solar drip feed batteries available, these are currently costly and bulky, and more appropriate to small scale home solar panels than large solar farms.

Solar panels are bulky. This is particularly true of the traditional silicon crystalline wafer solar modules. These are the large solar panels that are covered in glass.

New technology thin-film solar modules are much less bulky, and have recently been developed as applications such as solar roof tiles and “amorphous” flexible solar modules. The downfall is that thin-film is currently less efficient than crystalline wafer solar.

What's next for solar?

One feature of solar energy is that it spurs discussion and re-assessment of the importance and interaction between economics, environment, and investment.

There is debate and polarization of perspectives and interests.

While not everybody is in favor of solar, the fact that there is discussion about the validity of the status quo is a fascinating development. The monopolistic nature of many industries, the pitfalls of solely focusing on economics, and environmental disregard, are increasingly central topics.

At a practical level, many governments and state authorities are encouraging solar use through incentives such as subsidies, rebates and tariffs. California is an interesting example of such measures in action.

165 comments on “Advantages and Disadvantages of Solar Energy”