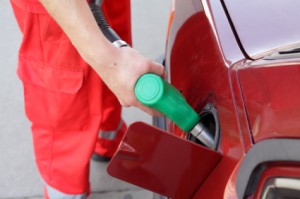 Natural Gas for use in automobiles is very popular in America because more than 80% of the natural gas used in U.S.A is produced in the country making it a lot cheaper than conventional petroleum [3].

However, certain modifications need to be made on the cars and their tanks in order to use the fuel [4].

Ethanol is a biofuel used to run engines that originally used petrol. There are a few modifications done to the vehicle so that it can run efficiently on Ethanol.

A vehicle with these modifications is classified as an FFV or a Flexible Fuel Vehicle [5].

Brazil is one of the countries that have embraced this technology into their system becoming the second largest producer of ethanol in the world by producing sugarcane based ethanol [6].

Through these developments, Brazil has been able to thrive in the Flex Fuel Vehicle market enabling them to manufacture cars like the Brazilian Fiat 147 [7], the first modern automobile that could run on pure-unblended ethanol followed by Volkswagens, Chevrolets, Toyotas and Nissans just to name a few [6].

Like ethanol, biodiesel is a renewable alternative fuel for cars. This is because it is made from plants.

Biodiesel does not require fermentation like ethanol; it is made by a process called trans-esterfication [8] which converts vegetable fat into an oil that can be used to run ordinary diesel engines without any modifications necessary.

Some vehicle manufacturers are wary of warrantying their vehicles against the use of high blends of biodiesel above 5% [9] because there are concerns of the fuel’s impact on the engine [9].

To counter the claims of environmentalists who are against the use of food crops for biofuel production [11] and the use of arable land to grow energy crops rather than food crops [12], researchers have developed a biofuel from plant waste [10].

It is estimated that about 20% of the watermelons produced in a farm cannot be sold for human consumption and go to waste [10]; these can be converted into a biofuel because watermelon juice contains a considerable percentage of amino acids and directly fermentable sugars, which are essential for the production of bio-ethanol [10].

Biofuel generated from plant wastes was used to power the limousines that transported certain heads of state to the Copenhagen Climate Summit in 2009 [10].

A lot of research has gone into the improvement of biofuel production and application. One such study has led a firm in Preston called Ecotec to produce a biofuel from the waste collected during the processing of chocolate. The waste chocolate is turned into bio-ethanol then mixed with vegetable oil to run a special car they have branded the ‘Bio-Truck’ [13].

LPG is made up of a mixture of hydrocarbon gases of which propane is in the largest percentage thus the fuel is often called Propane [14].

LPG is produced from the processing of natural gas and the refining of petroleum. It can also be used domestically for cooking and boiling water.

The propane is gaseous at room temperature but is liquefied when compressed to about 200 psi for storage in a special gas cylinder. The use of LPG to run automobiles is more popular in Europe that the US and makes up more than 10% of the motor fuel used in Netherlands [14].

Last but not least we have electricity. Electricity is the modern man’s fire and every technology is inclined to maximize the use of this energy source.

The use of electricity as an alternative fuel has birthed vehicles of all shapes and sizes, from SUVs to Sports cars [18] [19].

The use of electricity has also led to the development of hybrid cars that run on fossil fuels and electricity alternatively - depending on the vehicle’s settings - such as the Toyota Prius and Honda Insight [19].

However, like all mobile electric appliances, these vehicles contain batteries that need to be recharged.

They have an advantage over hydrogen cars because they do not need several filling stations because electricity sources are widespread, but it is still a tedious time consuming process.

The tesla motor company, which has specialized in the electric car production, has one of its best cars running for only 160 miles per charge [20].

They do have several advantages over gasoline cars in that they do not produce any tail pipe emissions and cost about 2 US cents per mile compared to gasoline’s 12 US cents [21].

Furthermore they do not require any of the services that a gasoline car needs such as oil changes and emission checks [21].

In Hydrogen Fuel Cell Vehicles, Hydrogen is used in a totally different way; Hydrogen is stored on board and mixed with oxygen in the air to generate electricity via the fuel cell stack to power an electric motor that drives the vehicle [16].

Hydrogen, as an alternative fuel for cars, is deployed either for use in Fuel Cell Vehicles (FCVs) or Internal Combustion Engines (ICEs).

Hydrogen is considered the clean energy of the future burning in an internal combustion engine to produce heat and water vapor as well as other oxides of nitrogen which are also carbon neutral [15].

There are however, several challenges to overcome before hydrogen for automobiles can be used commercially.

The Fuel Cell Vehicles as well as the Hydrogen Fuel is currently very expensive to produce and the technology of production is not widespread thus ordinary consumers cannot afford to use them [17].

Furthermore, hydrogen contains less energy per unit volume compared to conventional automobile fuel; therefore, filling stations need to be established at high frequencies in the country of use before the technology can be commercially viable [17].

[20] Fast Company – Why Tesla is Betting on The Model S: http://www.fastcompany.com/magazine/164/tesla-motors