The Top Sustainable Cities In The World 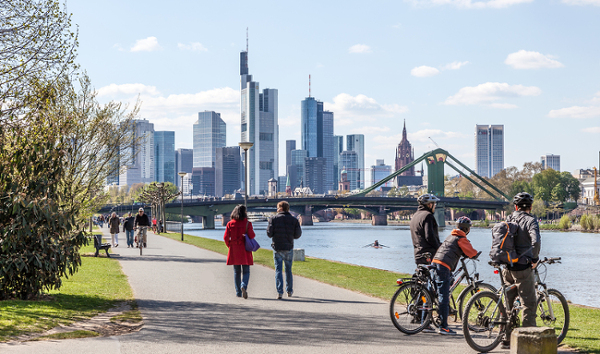 Sustainability, planning, and efficient resource use have seen enormous developments over the past decade, and have given birth to some great examples of city adaptation.

Here we'll explore some of the most sustainable cities in the world, and the features that make them so sustainable.

First, complexities of the definition of "Sustainability"

Sustainability is a complex concept, with multiple aspects and interpretations. A useful and widely accepted model is the 3 Pillars of Sustainability (explained further below).

Further more, with technology advancing at a faster pace than ever, it's difficult to say which cities are "the most sustainable".

Keeping these complexities in mind, we'll now explore the most sustainable examples, and I'll explain why and how they get their titles.

The 3 Pillars of Sustainability

The 3 pillars of sustainability are the industry standard factors that must be looked at simultaneously when assessing sustainability. These are:

The most sustainable cities in the world

Renowned environmental consultancy Arcadis released the Sustainable Cities Index 2015, a report  on 50 of the world’s leading cities. Each city was assessed in performance against the three pillars of sustainability.

Environmental factors such as renewable energy share, carbon emissions, and pollution were assessed alongside by social demands such as work-life balance and quality of life and economic performance. The report shows that cities find a difficult balancing between the three pillars of sustainability, particularly the social needs.

The most sustainable city - Frankfurt, Germany

Frankfurt was considered the world’s most sustainable city, with strong performance in both environmental and economic factors. Nevertheless, high working hours hold the city back on the social aspect.

The city created its own energy agency 25 years ago and was one of the founders of the Climate Alliance of European Cities in 1990, pledging to continuously reduce its CO2 emissions by 10% every five years, resulting in a cut of 50% by 2030.

Frankfurt also established an audacious energy commitment, the “100% Climate Protection”, which states that by 2050, 100% of the city’s energy will be originated from renewable (and mainly local) sources, resulting in a decrease in greenhouse gas emissions of 95%.

Frankfurt plans to achieve this by increasing energy efficiency and decreasing the demand side by half in residential and office buildings, the transportation sector, and in communications.

Frankfurters can also enjoy Germany’s largest city forest with more than 8,000 hectares or one third of the city, which acts not only as a recreational area but also as a green belt.

London takes second place in the overall ranking, plus features as one of the world’s most economically sustainable cities. It performs well due to good health and higher education systems, but it scores poorly on property prices.

The runner up leading cities are Copenhagen, Amsterdam and Rotterdam.

Rotterdam tops the index with regards to the social pillar, demonstrating strong social as well as environmental sustainability. The following cities are Seoul, London, Sydney and Copenhagen.

With relation to the economic factor, Frankfurt takes the lead once again, followed by London, Hong Kong, Amsterdam and Melbourne. Many of the biggest commercial and financial centres were held back, due to their high cost of living and of property.

Amsterdam, in the Netherlands, reached the best balance, with a relatively consistent ranking in all three sub-items.

The Least Sustainable Cities in The World

Among the less sustainable cities are New Delhi (India), and Nairobi (Kenya).

According to the report, in many cities the environmental and economic achievements had high costs to the social development.

One of the most enthralling outcomes is that developing cities need to urge in order to address sustainability challenges, as they will see the fastest population growth over the coming decades.

The report can be regarded as a tool that can help public and private decision-makers to prioritize and focus their efforts where they are most urgent, in order to pave the way for a sustainable urban development.

Here's an interesting look at how sustainability standards are established on a global scale.

Final Comments on Cities and Sustainability

In times of economic, social and environmental crisis, being a sustainable city is no longer a luxury, but a matter of survival.

Many cities are facing major issues such as overpopulation, urbanization and global environmental challenges, and are seeking to strike the balance between People, Planet and Profit and the inter-dependencies between them.